It is about that time. In the past, teams have cut down to 75 at this point in the season, but with the new change to one cut down day, rosters can still have up to 90 players. Most teams, including the Bengals, are not at the maximum of 90 heading into Thursday’s preseason finale, as the cuts have slowly begun. The Bengals reserves will take the field in Indy, as the starters rest up for the opener against the Ravens on September 10th. My previous 53-man projection came before their 2nd preseason game, and while on-field performance has solidified many spots, the suspension of Vontaze Burfict may be the biggest shakeup on the original 53-man roster.

Bold = Lock to make it

While Dalton looked sharped in the tune-up before the regular season in Washington, A.J. McCarron has done himself, and the organization, with his play during the preseason. He struggled again, which leaves his him 20-36 for 224 yards, zero touchdowns, and two interceptions. Andy Dalton HAS to stay healthy. Driskel is the wildcard here, as he has been all off-season. If the team can make it work, they will keep him, as they did last year, with the expectation that he is the backup when A.J. leaves.

As it has been all preseason, Hill, Bernard, and Mixon are locks and will split time in the backfield, each with their own role. Hill is the “starter” and short yardage guy, Bernard is the third-down/passing down guy, and Mixon is the every other part of the game guy. Mixon should lead the backfield in snaps and touches. He is going to be special. One of my predictions for this season is the Ryan Hewitt will be used much more than he was a season ago. Lastly, the injury to Ced Peerman and the performance of Tra Carson puts Carson on the final 53. 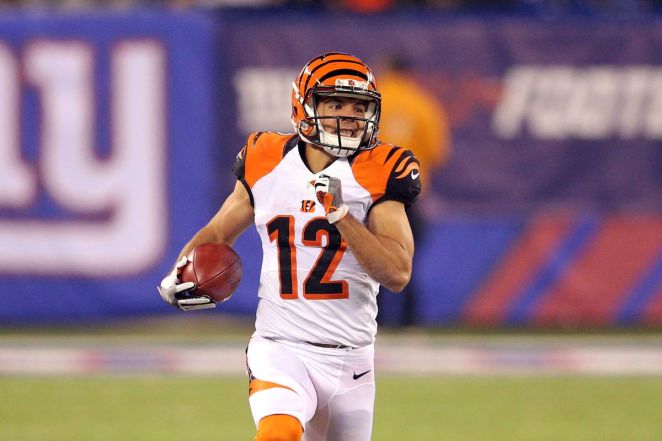 Seven receivers. Seems a little much, but it is necessary. They are locked in with Erickson sealing his spot with a playmaking-filled preseason. I believe Whitfield is the most likely candidate for the practice squad. 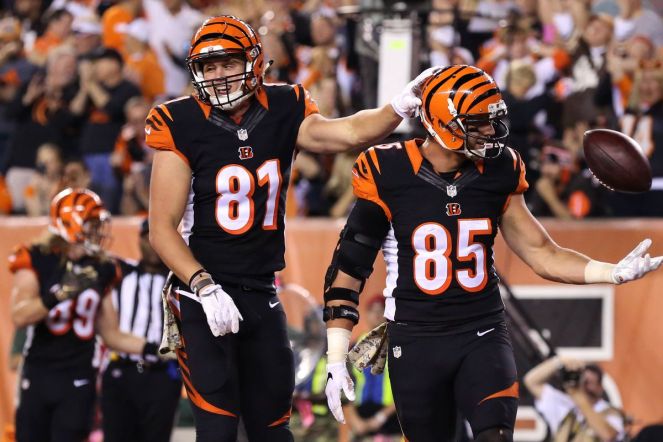 For the fourth consecutive season, the Bengals will head into the season with the same three tight ends. Eifert was held out of the game on Sunday due to “a little tendonitis” in his knee and hopefully, it was just precautionary. After A.J. and Andy, Eifert is the next most important piece to the puzzle. Tyler Kroft will be the #2, regardless of the injury to Uzomah. If his injury proves to be more serious than originally thought, his spot could be used on Carter or an extra defensive player. 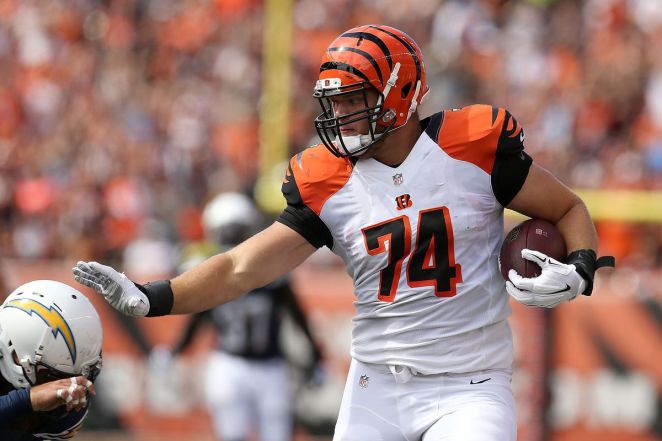 While concerning, the top 7 of the offensive line rotation are set. The first five listed will be the starters, with Hopkins being the surprise of the camp. T.J. Johnson and Andre Smith will be the first two off the bench if an injury or poor play occurs. Christian Westerman is as close to a lock of anyone on the bubble at this point. The team felt like they got him for great value in the 5th round last season and would like to keep him around to continue to develop. The last spot is completely up for grabs. My guess is Winston gets it due to experience and his ability to play on the outside, but I could see it going to Alex Redmond or J.J. Dielman.

After the preseason, the defensive line may be the most exciting position group of them all. We know what Dunlap and Atkins can do, and we have seen now, the potential of Willis and Smith. Jordan Willis had a strip sack of Colt McCoy, giving him a sack in each of the three games, which is exactly what Chris Smith has done as well. However, his sack came against Trent Williams, one of the best LTs in football. I am still not sold on Michael Johnson, but I struggle to find someone to take his spot. Johnson did get some pressure playing inside on a third down, which was the first positive from him so far. Gilberry is versatile and Williams has promise, but I think the things Michael Johnson can teach the young guys will be what wins him his spot. 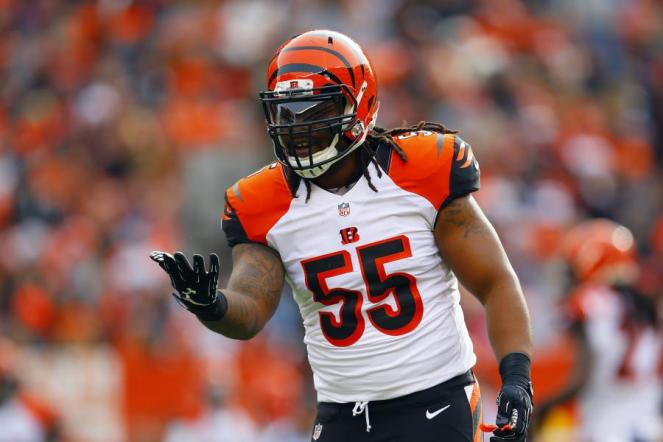 The suspension of Vontaze Burfict has thrown a wrench into the Bengals season. The club had a solid six that were all locks to make the team. Now, a spot is open. The experience of Marquis Flowers got him traded. Rookie Hardy Nickerson has impressed in preseason and is always one of the first backers off the bench and will take the open spot. Vinny Rey will step into a starting role with Minter and Vigil giving the Bengals three new starters than what they put out there for the majority of last season. Carl Lawson probably won’t see much time as a backer, but will be a key in nickel packages as an edge rusher.

Adam Jones is suspended for the first game of the season, so he does not count against the original 53, however, it just means someone’s spot will be short lived barring another injury over the next two weeks. That guy is probably KeiVarae Russell. Josh Shaw is now a needed commodity due to the injuries to Iloka and Williams. Iloka should be ready to go week one, and Shawn Williams avoided a huge scare and should be back within the first 6 weeks.

In what may be the toughest cut of them all, I keep going back and forth on who is going to be the kicker. Bullock has been better both in practice, and now with the most recent in-game miss, and games than Elliott. However, Elliott not only is better on kickoffs, he is a 5th round rookie. I would hate for them to give up so quickly, but this season is going to involve a ton of close games where making your field goals is going to be crucial. I do believe that whoever they end up cutting will be kicking somewhere this season.