While the Bengals dominate this blog, college and fantasy football will show up from time to time and this weekend the first meaningful football arrives! And I am not talking about week four of the NFL preseason. While NFL hopefuls take one more shot of sticking on a practice squad, the college football season will get underway tonight! Well, essentially it started last Saturday, but that doesn’t count. Labor Day weekend has two important meanings. The start of college football, and my birthday. 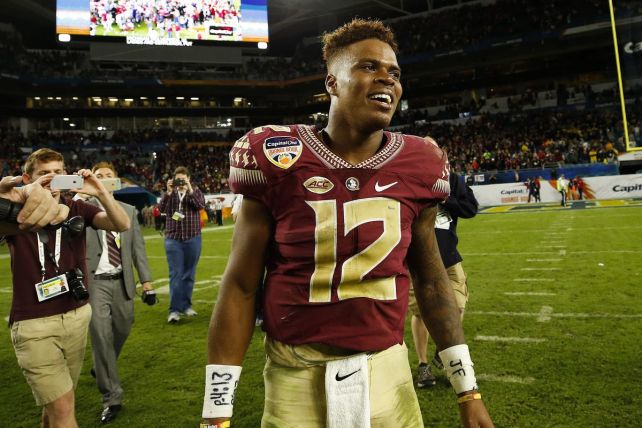 Dabo Swinney is starting to build a reloading program coming off a national title and two straight appearances in the big game. But, he isn’t on the Saban and Meyer train just yet. Florida St. brings back a loaded defense and sophomore quarterback Deondre Francois. They have the greatest combination of talent and experience in the league, and while it may start off with an opening weekend loss to Alabama, they are the pick to win the league. Heisman winner Lamar Jackson will dazzle all year long and keep Louisville relevant, but they’re just not on the same level as FSU and Clemson. 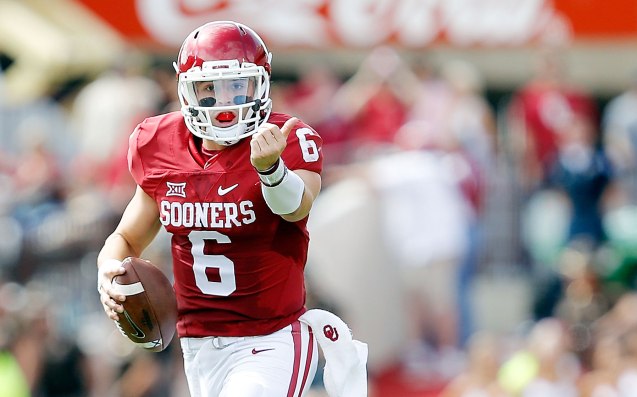 While Oklahoma St. is the trendy pick to win the first Big 12 championship game, I believe that the team with the best quarterback in the big games have the advantage. Baker Mayfield comes back for his senior year and has played in big time games the previous two. He won’t be fazed by the bright lights in Jerry’s world. However, for the 3rd time in the first four years of the College Football Playoff, the Big 12 is left out after the Sooners win it with two losses. While Ohio State will be one of those losses, the other will come to the team they beat in the final, Oklahoma St. The Cowboys get the benefit of avoiding Norman, and take Bedlam during the regular season. While this makes the league exciting, it hurts them in the end.

My fandom bias wants me to pick Jim Harbaugh and Michigan to take the next step and win his first conference championship, the massive losses of both sides of the ball will prove to be too much to overcome. The Buckeyes are loaded once again, and it starts with J.T. Barrett. The senior enters his fourth season as starting quarterback and while he was the main piece that got them to the Big Ten title as a Freshman before getting hurt. He followed that to the circus that was him and Cardale Jones as a sophomore before taking the reins back over last season on his way to another Playoff appearance. Their defense will overmatch everyone and the Buckeyes will be playing in the Playoff for the 3rd time in four years after knocking off Wisconsin in the title. Saquon Barley of Penn St is my underdog pick to win the Heisman, but he won’t be enough for them to overcome Ohio St. 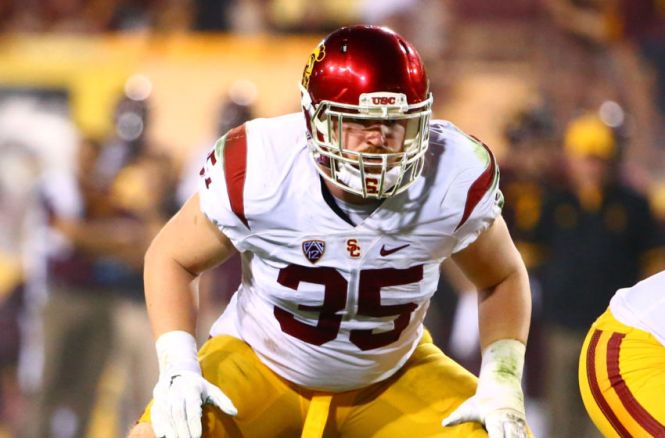 No one has gotten more publicity this offseason than USC QB Sam Darnold, and rightfully so. The odds-on favorite to win the Heisman took college football by storm by leading USC to nine straight wins, including over Washington and Penn St, after a taking over a 1-3 Trojan team. His performance in the Rose Bowl was legendary and will have NFL teams in New York and San Francisco losing games and begging that he makes the decision to head to the NFL. In a league dominated by high-profile signal callers, Josh Rosen (UCLA) and Jake Browning (Washington), Darnold is the darling of the crop who will lead his team to a conference championship.

The sky is blue. Water is wet. Alabama wins the SEC. All obvious things in life. Nick Saban, after losing one the toughest games of his career, has reloaded once again starting with Jalen Hurts and Bo Scarborough. With new coaches flooding the SEC West, Bama rolls through the conference on their way to another title. Florida will look more like the Urban Meyer teams of the past, but the experience and lack of maturity (ten players suspended for game one), will hurt them in the end. Saban makes it four straight years to the College Football Playoff.

Going chalk seems to be my trend when picking this season’s conference winners and the South Florida is no different. They are the only group of 5 team in the preseason top 25 and they play a favorable schedule. Their season began last weekend with a win over San Jose St, even know they got down 16-0 early. Their toughest games, Temple, Illinois, Cincinnati, and Houston, are all at home, which gives them a legitimate shot to go undefeated. Their quarterback, Quentin Flowers is one of the most exciting players in college football and combined with HC Charlie Strong, will take this team to a New Year’s 6 contest. A sleeper to make the NY6 is Toledo from the MAC. A 9-team win from a year ago returns key pieces from their high-powered offense, with the exception of Kareem Hunt, which should allow them to put up big time numbers in conference play.

Game one of the CFP gives us a rematch of the most exciting opening weekend game. Alabama will get the best of FSU early on by overpowering a developing offensive line. Things will change come playoff time. Much like the first year of the playoff, the Crimson Tide will get upset as the top seed by a young quarterback in a high scoring affair. Game two pits two of the best quarterbacks in the college game, JT Barrett and Sam Darnold. Ohio St comes into the game as big favorites, but that is how Darnold wants it. The calm, cool, and collected sophomore dazzles on the big stage for the second straight year and knocks off the Buckeyes in an essential home game for USC. 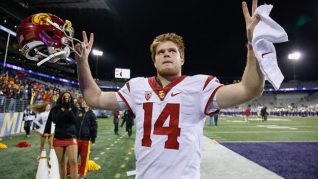 For the first time in four years, the two underdogs win the semifinal games, which set up a USC v. Florida St title. Darnold and Francois go back and forth, but like a broken track, it’s all about Darnold. The rumors over the summer were that NFL teams shouldn’t tank for Darnold, but that will change come January. The Trojans follow their star to an undefeated championship season!